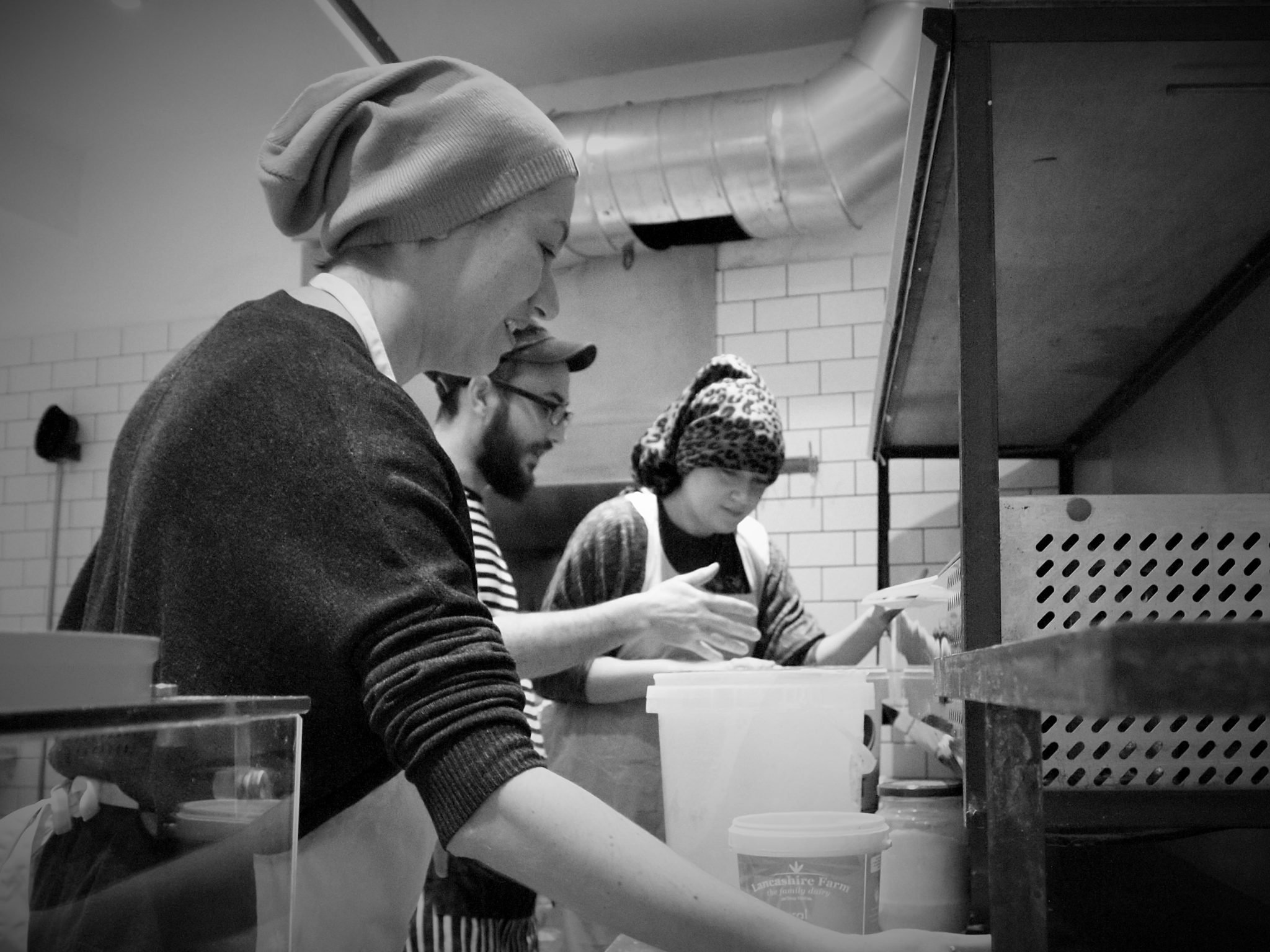 The last few weeks have been big ones for Stoneham Bakehouse; we’ve had our first community bakes, sold bread to the people of Poets’ Corner and made links with other local businesses. Read on to find out more.

On November the 29th we had our first community bake. It was great to get together with five enthusiastic supporters and bake using the oven at Pizzaface on Coleridge Street. Arriving at half seven in the morning, we baked until just before midday, before taking breads away and sharing them with our neighbours. We’ve another bake happening on the 20th December, with it becoming a fortnightly bake in the new year. 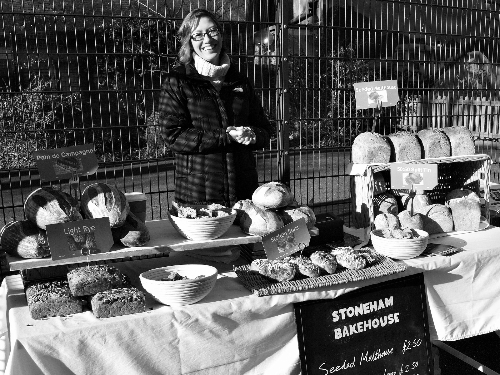 The first Saturday of the month saw Stoneham Bakehouse selling bread at the Stoneham Park Christmas Market. It was great to see so many people there; coming for a chat, buying bread and generally being supportive about the project. We sold a good amount of bread (baked by a number of the first batch of volunteers), with the Stollen Buns being particularly popular!

It has been a busy end to 2014 for the Stoneham Bakehouse team, and I’ve been blown away by your enthusiasm for the project. 2015 looks like being an exciting one, with the prospect of a community bakery being firmly established in Poets’ Corner by the end of the year. I’d like to take this opportunity to say thank you and to wish you and your families a very Happy Christmas! 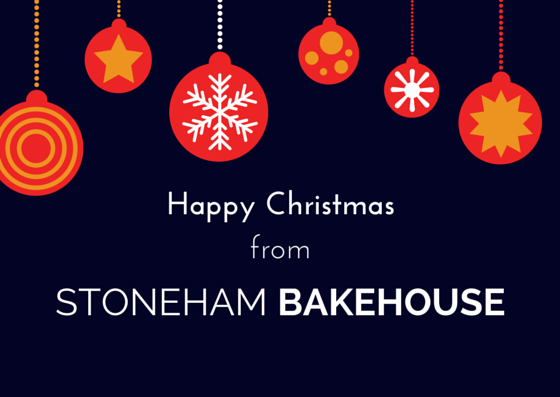 Afternoon prep underway. The sourdoughs getting a

Bread is all baked ✔️ Doors are open ✔️ W

Morning prep underway. We’ll have all the usual

Some of today’s bread - the Kendal Fruit Sourdou

Reflections. It’s so important to us that we’r

Toast anyone? Our bakers break mid bake for a bit